This is it; my first sci-fi novel goes on sale in just a few days, and I couldn’t be more excited. While this book has been a complete work since 2014, and I’ve actually used in my curriculum when teaching comparative literature with the 1,001 Arabian Nights stories, It feels like a whole new chapter in my art because it breaks from Immortal Light, a series I’m extremely proud of, but very ready to put on the shelf.

LAMP is available for pre-order on Amazon and Smashwords

LAMP and the Galactic Nights Adventures

In 2012, I first began teaching from the Arabian Nights stories in my 7th grade Language Arts and Social Studies classes. Prior to that year, the only time I’d heard of the Arabian Nights was from that song in Aladdin, and, oddly enough, from jr. high band class when we played Scheherazade by Nikolay Rimsky-Korsakov who was inspired by the tales of the Arabian Nights. So, I guess Nikolay and I have something in common.  It’s a good thing, too, because I was beginning to think that my lack of appreciation for Russian authors was making me hate Russians in general. Thankfully I have a great appreciation for Russian composers.

Anyway, after reading a few of the Arabian Nights stories, including “Aladdin and the Wonderful Lamp” and “Ali Baba and the Forty Thieves”, I was enthralled by them. I loved the mystery, and, of course, the horrific death that appealed to the little boy inside me, but I didn’t know how to requite that appreciation until I read another book that had nothing to do with the Arabian Nights. 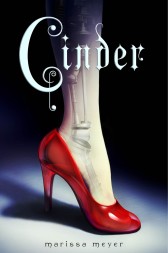 I first heard of Cinder by Marissa Meyer the same year I first read the Arabian Nights. It was sitting on a table at the entrance of Barnes and Noble. I saw it, picked it up, read the blurb, read the first chapter, and told my myself to come back for it sometime in the future.

Well, I never went back for it, not right away, anyway. I ended up checking out the audiobook from the local library system. For the next few days, I would listen to it while at the gym (this was winter of 2013 and I probably did more listening than actual working out). I had a lot of thoughts about that book that I won’t share in this post, but suffice it to say I had mixed feelings, mostly good. However, the prevailing thought that I had (and I love the Cinderella story … A LOT) was that I could do this, I could take a classic story like this one and make it accessible to a modern sci-fi audience. I really believed I could do it.

I know that right now it seems that Aladdin was the obvious choice to start a project like this; it’s the most popular Arabian Nights story–and it’s not even close. But It wasn’t my first choice. It wasn’t even my second choice. I originally wanted to start with the story of Scheherazade, the frame of the entire Arabian Nights universe. It’s a great story. It’s still my favorite part of the Arabian Nights, but when talking with a few friends and my wife, it became abundantly clear that Scheherazade was not the right way to begin.

It was a bit of a blow, but I wasn’t completely discouraged that I couldn’t use Scheherazade’s story. I still had Ali Baba, my next favorite because there was daring, and danger, and gruesome death; it was perfect. But, what my friend and colleague Matt pointed out was that it still isn’t the most popular of the tales. It isn’t the Cinderella of the Arabian Nights. And, bless his heart, he didn’t want to say it, he didn’t want to fill in the obvious blank, and I think a part of him didn’t want to even say the word because Disney had already appropriated it, and made it into something so Disney that it was almost untouchable. But Aladdin was the only right place to start. There never really was another starting point.

And so, LAMP was born.

Having made up my mind to start with Aladdin, I needed a hook, a gimmick, if you will. I needed something that set my iteration of Aladdin apart from others, but kept if familiar enough that the reader didn’t feel completely detached from the original story.

Although I love the original story, it incorporates magic, and when it comes to magic … I’m not a fan. I like things being explained in realistic terms, at least in terms that seem to make sense. Two of the best examples of this are my favorite sci-fi franchise, Star Trek, and one of my favorite sci-fi authors, Isaac Asimov. Both deal heavily in AI and space flight/exploration, and both were my keys to making “Aladdin and the Wonderful Lamp” into LAMP.

The Lamp Had To Be Software

Once I settled on a universe, there were the story elements I needed to address, the elements that make up the Aladdin story. When you consider all the popular versions of the story, they really only have four things in common. Aladdin, was obviously at the center of the story, a young boy who comes into a life-changing circumstance that forms him into the hero he becomes. Then there is the lamp, the mystical object that presents a genie who grants its master wishes (in the traditional story there was a ring with a genie before the lamp, but Disney so effectively obliterated the traditional story, that it doesn’t even matter; and let’s be honest, no two genies could even touch Robin Williams’ portrayal). Then there’s the princess, the object of Aladdin’s desire and efforts; she drives the plot, is the reason for Aladdin to make the choices he makes. And, Finally, there’s the evil wizard, sorcerer, magician. This is simply the dude who sets the whole story in motion by presenting Aladdin with power he never should have had.

That’s it, those are the four horsemen of the Alladin story, the indispensable things that all stories of Aladdin have in common. If I made sure to have all four of them, I would be okay.

That being said, I wanted this Aladdin universe to be similar to Star Trek, to I, Robot, and to Cinder, not a reboot of an ancient tale set in a distant past. I wanted it set in a distant future, because that’s the kind of fiction that speaks to me. Hence, magic wasn’t really an option … thank goodness. It had to be technology based, and the inexplicable nature of the LAMP had to be technology that was advanced and not magical. Therefore, the Link Access Manipulation Program came to pass (and I am very proud of my uncreative self for that little acronym … but still not as proud as I am for the Rapid Ultralight Glider … RUG).

In this day, when people say there are only “this many stories” or “that many stories”, that stories simply repeat themselves, it becomes necessary to drive a story with characters.

Who you calling scruffy looking?

My Aladdin character had to be someone that people liked, related to, and wanted to see succeed, but imperfect in all the right ways. He had to be an antihero that everyone rooted for despite his poor decision-making skills. So, Laddin Shahera was born. Laddin is an antihero that I seem to have inadvertently modeled after my own son.  He’s a scruffy boy with more ambition and intelligence than any two college graduates; he’s scrappy, and smart, and self-centered in a darwinian sort of way, but he’s also as skittish as an alley cat in uncomfortable circumstances. He’s the kind of kid who would never let you take care of him despite the fact that that’s exactly what he needs.

I think the sidekick is essential in storytelling. It’s rare that you see a story where there isn’t a good sidekick who is there to balance out the heroes heroics with a personality that’s more relatable. This is the half of the duo that speaks to the every-man in each of us. It’s usually a character with a more true-north moral compass (think Spock, Pepper Potts, and Alfred). This is Zadè. Named after the hero of the Arabian Nights frame story, she is Laddin’s only friend, a true companion who believes in him. She has a perfect moral compass, she is loyal, compassionate, and beautiful. She is perfect in almost every way because that’s how she was built; Zadè is a mecha, an android, a robot, AI, whatever you want to call her, and she is everything her namesake suggests she should be. Just as Scheherazade had an uncommon perfection about her with regard not only to beauty, but to wisdom and cunning, so does Zadè. She is bold and daring, and learns as she experiences things in her robot way.

A princess … a flipping princess! She had to be a princess in every story. She had be an aspiration too high to obtain. I didn’t want to do it. I didn’t want a princess. You can imagine me, having four daughters, what my perception of a princess was, and how I wanted to avoid that image like a plague. So, I made her a flight attendant. Yeah, a flight attendant that was perfectly matched and suited to Laddin’s personality, and she wasn’t a … well, she wasn’t supposed to be a princess … until she became one. Don’t ask me how it happened, but it did. I couldn’t not make her a princess. It’s like the storybook fairies were sprinkling some wicked amounts of dust on me in those days (stupid magic). Kimber (who started out being called Tinder until, well … stupid Tinder! But I like the name Kimber. I stole it from some wonderful family friends), is not what she seems, but in the name of spoilers, I’m not going to go too much into Kimber except to say, be careful what you wish for.

Then there’s the bad guy, the baddy, the antagonist. Somebody had to put Laddin up to stealing the most powerful software in the galaxy, probably the universe. Malik is the last king on Earth, and he only has that position because of events that took place with his family centuries before he was born. Being a member of the last privileged family on the planet. I didn’t originally have a vision of Malik when I created him, but old Stephen Seagal with a ponytail really seems to fit.

The Galactic Adventures Continue … I Hope

My Goal is to create a series of adventure stories with Laddin and Zadè that will take readers through other classic tales including King Arthur and Pinocchio. I want to sweep across geographical areas and time periods of historical storytelling, and not stick only to the Arabian Nights, although I haven’t ruled out Ali Baba just yet.

I am currently working on a King Arthur story with a twist. A young foster girl named Artura is the only one who can wield the mysterious “X”, but no one knows what the X is or where it actually resides, at least not until Zadè arrives as a wizard on Artura’s planet and helps Artura’s foster brother Kay and the other Knights of The Lot solve the mysteries of a virtual world their previous king designed in order to protect The X. I’ve barely begun writing, but I’m certain it will be at least as adventurous as LAMP. And so far, it’s a Zadè book, no Laddin … yet.

Please check out LAMP on Amazon.com, Barnes and Noble online, as well as many other outlets for eBooks and paperbacks!

Tell Me What You Think Cancel reply

Error: Twitter did not respond. Please wait a few minutes and refresh this page.